Sometimes I feel I’m living in a time warp.  Perhaps this is because my solitary life is not structured by the routines of another person.  I’m lucky enough to work from home and therefore not constrained by external schedules except for deadlines.  I am free to eat, write and sleep when I please.  Usually my days fly past in a blur.  I’m pre-occupied by so many creative projects and the flow of ideas.  It’s my physical stamina that falters at the end of the day and not a lack of mental energy.  But yesterday was different.  I’m blaming it on the weather or a depressed mood.  Watching the Season Finale of Twin Peaks The Return left me with negative emotions about my own life.  We like to have some sense of resolution in our stories but David Lynch never takes the easy way out.  The drama ended with unanswered questions and made me think about my own past and uncertain future.

A storm from the north has battered my house and garden for the last three days.  The noise is terrible, with the gale blasting down the chimney, rattling the grate and through the letter box which I’ve had to tape shut.  The roof timbers are moaning and groaning as if they’re being tortured. The cat flap is a wind tunnel.  Nadia ventured out for twenty minutes in the morning and then spent the rest of the day on my bed.  Darkness descended at 3.30pm and I decided to follow my cat’s example.  The day seems to have lasted forever and I’ve achieved very little except for thinking about how our perception of time is distorted by our emotional state.

I remember childhood summer holidays when we drove from the north of England to the south coast, a distance of about 300 miles.  There was always great excitement setting off at the crack of dawn, equipped with sandwiches and a flask of coffee.  My parents would argue over the route and my mother’s map reading.  I would be alone in the backseat watching the fields and market towns roll by.  It was before the advent of motorways and the route was circuitous.  I was always struck by how the outward journey seemed to drag on indefinitely while the return trip was over in no time.  The anticipation of the holiday, ‘travelling hopefully’, seemed to alter my perception of time.

The same phenomenon applies to Hospital waiting rooms.  Five minutes feel like thirty when I’m waiting and dreading to be ushered into the consulting room.  The opposite happens when I’m happily absorbed in an activity such as reading, drawing, talking to a driend or watching a good movie.  Time speeds by and a film might feel like one hour long instead of two.

Depression, schizophrenia, psychiatric and hallucinogenic drugs such as LSD and even meditation can distort perception of time.  It seems there are different levels of consciousness when time becomes mutable.  Scientists have come up with various theories but none of them seem totally convincing.

My most dramatic experiences of time slowing down have related to life threatening situations.  Many people report that during accidents or emergencies, events seem to unfold in a weird slow-motion.  A man who was thrown through a car windscreen described it poetically:-

“I saw the car’s windscreen shattering. The glass sprayed out so slowly, like a fan, and it looked beautiful. All the pieces were shining in the sun. I felt like I was floating through the air, almost as if I wasn’t going to come down. I looked into the sun and it was like being on a plane, when you’re above the clouds and it’s a brilliant white colour.”

While married to my first husband we participated in competitive car rallies on public roads at night.  We drove a bright yellow Vauxhall Firenze, with a 2.3 engine.  The car had a brown stripe and looked like a banana!  It was a fast car but not as nifty as the smaller Ford Escorts and Minis that usually won prizes.  The rallies took place on remote country lanes with several staged and timed sections.  The route would be about 200 miles in total so we drove most of the night, finishing up at dawn.  As navigator I had the task of marking out the route within the strict one hour time limit using Ordinance Survey maps and an illuminated magnifier called a ‘potty’.  In the dark, cramped conditions of the car, with maps strewn everywhere, it was a stressful hour that passed in the blink of an eye.

Sadly, the lack of trust that blighted our marriage also had an adverse effect on our driving performance.  During car rallies it’s the navigator’s role to read the map and forewarn the driver of the road ahead, calling up bends such as ‘90 right’ or ‘60 left’. My ex-husband would often ignore my advice and not adjust our speed.  We had several crashes.  The most dramatic occurred on a twisted hump back bridge over a river.  We took the bend too fast and the car went into a spin, bouncing off the stone walls in balletic slow-motion.  I remember how every detail of the scene was crystal clear…the glowing dashboard, the headlights carving arcs through the dark, the rough texture of the Yorkshire stone, the harsh sound of the metal car crumpling….A million thoughts raced through my mind in what were actually just a few seconds.

It seems our bodies and brains go into an instinctive survival mode during life threatening events caused by the surge of adrenaline.  We are thinking and moving faster giving us more time to save our selves and that makes external time seem to slow down.

Steve Taylor wrote in his article for Psychology Today:-

“Another suggestion is that the ‘time-slowing’ effect is due to the increased number of impressions and perceptions the mind absorbs during these moments. It does seem to be the case that increased information slows down time perception. However, in accident and emergency situations, this could just as easily be an effect rather than a cause. That is, a slowed down sense of time may be the very reason why we become able to absorb many more impressions. (It has also been suggested that this is based on recollection, that we don’t actually experience time passing slowly, but just remember it that way when we look back, because of the increased number of memories which are created. But this explanation seems to belie the powerful reality of the experiences. No one who has experienced them would doubt that the time-expansion is occuring right at that moment, rather than the result of memory.)

None of this explains why time slows down when we are depressed like I was yesterday.  Was my mind speeded up looking for answers to my problems?  Did my unconscious perceive a dangerous situation and try to help by giving me time to think things through? Did the many thoughts and feelings I had about my life make my day pass more slowly?

Perhaps we get depressed for a good reason and it’s an experience that’s trying to show us something important.  I believe that there can be a creative energy in depression.  It’s not all bad.  Sometimes we need to forget our busy agendas, take time out and listen to ourselves. 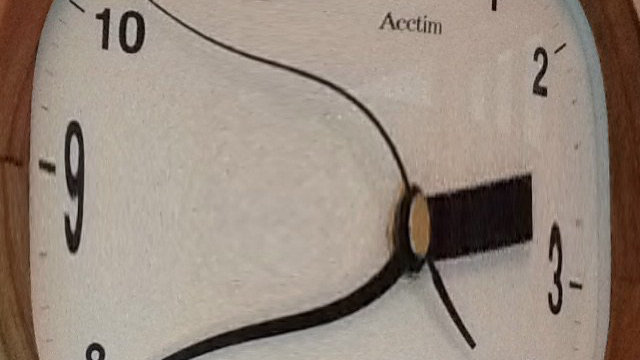 I am a writer and artist based in the remote north of Scotland. View all posts by nikitashackleton