Fish and chips is a traditional English dish that has been popular with the working class since the mid nineteenth century.  The idea of hot, fried fish sold from street stalls may have been introduced by French, Spanish or Jewish immigrants.  During World War 2 it was one of the few foods not to be rationed and many believe the availability of such a comforting meal helped sustain working class morale through the intense bombing raids in the cities. 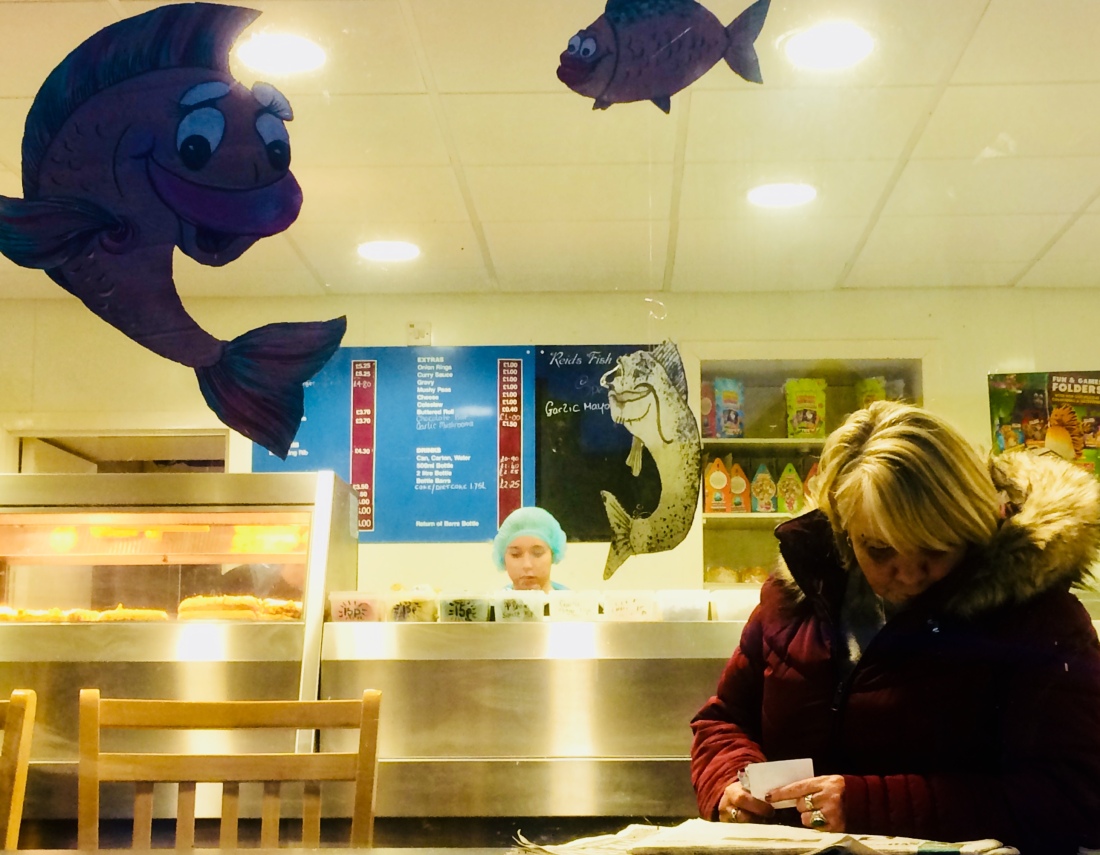 For those of you who have never been lucky enough to try this tasty dish,  it consists of white fish (usually cod or haddock) deep fried with a golden crispy batter together with fried chipped potatoes.  It can be served in a variety of ways; with salt and vinegar or tomato sauce, mushy peas, pickled onions or bread and butter.  Originally the fish was cooked in beef dripping but most outlets now use vegetable oil.  Despite concerns about the health risks of fried food and the sustainability of fish stocks, fish and chips remains one of the most popular take-outs, particularly in the north.  Until the 1980s the food was traditionally wrapped in old newspaper so you could catch up on current affairs while you ate your supper!  A childhood day out at the seaside was never complete without getting fish and chips on the way home.