Do birds worry about what others think?

Does God have bad hair days?

Does love grow on trees? 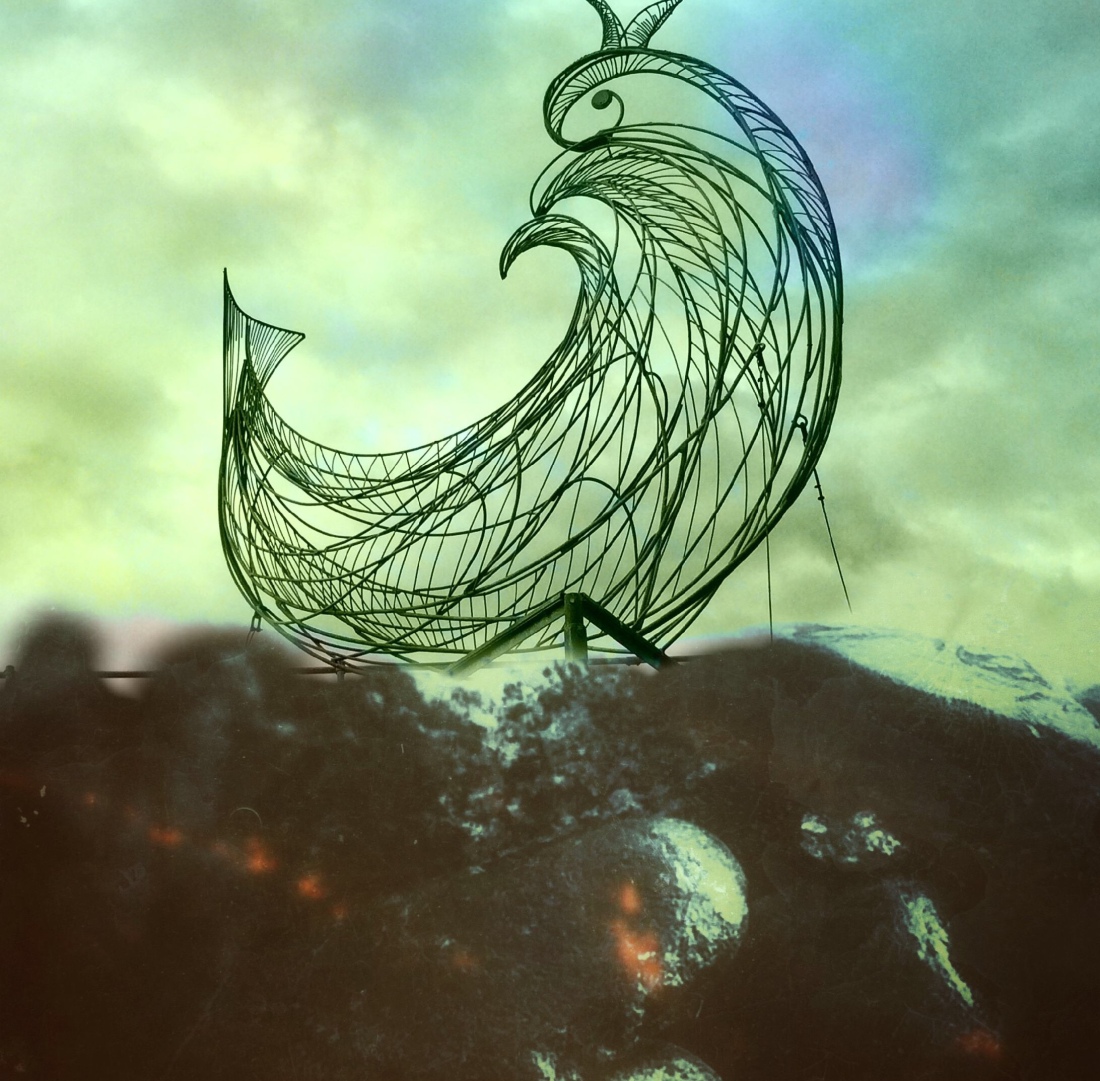 I hesitate over the Hollyhock seeds,
a gift from an unwelcome visitor,
plucked from her coastal garden.
She wished to cultivate friendship
but this is not a land for expectations.
Some days there is too much sky
and the earth shrinks in subservience.
The northerlies and easterlies razor
high hopes to humble proportions.
I prepare soil sheltered by fencing
and umbrella bamboo, fronds scorched
by storm. I shake the Hollyhock seeds
into my palm. Alien, irregular. I sprinkle
and mark the spot with a scallop shell.
Three years on, a hot September, I return
from hospital having almost missed
first bloom; tall, triumphant and sizzling
cerise in a land that favours the small.

Time and lavender do not heal
your marks like a signature at my door.

My plastic skin splits beneath flaking
layers of paint. Wind and rain penetrate

my openings. No one hears the alarm
and soon decay sets in. The floor

sags underfoot, the walls are festooned
with festive mildew. What goes around

comes around. Time is a serpent biting
its tail, a palimpsest. If I close my eyes

real tight I see you running, a flash
of orange on green, a broken traffic light.

The boy in the next bed was dying
of a disease with a fine French name.
No fruit, no flowers, no cards
wishing at his side. He had freckles,
curly hair the colour of coal tar soap
and Dr Barnardo’s for a home.

We strayed, whenever nurses looked away,
used Fagin skills to pry Fry’s Chocolate Cream
from the vending machine in Admissions.
The boy leaning on the push
handles of my wheelchair, dragging
numbed feet, sometimes losing a slipper.

At night the pain came stealing.
The boy, a brittle whisper
crept into my bed and I held him
close, close as skin,
nose to nose, forbidden
mint breath clinging.

“Friendship is delicate as a glass, once broken it can be fixed but there will always be cracks”.

Wild as an easterly gale,
on a yellow April day,
you swirled around the grey coast.
Always causing a commotion,
fresh with a smile, a banter
and a sunshine wave.

The first time I saw you was in The Com,
dancing with a chicken leg between your teeth,
see-through as your sparkly top.
You liked Robbie Williams and a beer,
a fag in the sun with your mates,
leaning against the wall, chewing up the day.

The last time I saw you was at the Chippie Van.
Thinner, hair cut short and night in your eyes,
laughing too much, teasing all the guys.
You never got that coffee at mine
or the Spanish holiday, only brief escape
to Witherspoons for one final, sweet latte.

I wish I’d known you better,
the granite girl with a sherbet heart.
I brought daffodils a day too late,
a sudden gust had taken you away.
So wherever you are Loopy Linda,
fly free and blow a hurricane.

Britain has a new fairy tale princess.  Meghan Markle is refreshingly different from the usual British Royal being of mixed race, successful, independent and a self-declared feminist.  I am not a monarchist but it is always heart-warming to see two people genuinely happy and in love as Meghan and Harry seem to be.  But I’ve been wondering how many of Meghan’s female friends are sincerely rejoicing at her good fortune? Or are they secretly sticking pins into little Meghan effigies, making vicious comments behind her back and tearing out their own hair in a jealous frenzy?

As a teenager I devoured feminist writing by Simone de Beauvoir, Marilyn French, Erica Jong, Germaine Greer and Betty Friedan.  I grew up believing in the value of female friendship, that there was a natural bond between women.  Unity would make us stronger and female friends would offer a sympathetic ear and support in times of despair.  We didn’t need men to rely on, we had each other.  The feminist argument implied that in the past men had practiced divide and rule, forcing women to compete against each other for male attention.  By grouping together women would be liberated from male oppression and pursue fulfilling lives.

Decades later I’m not so sure about this theory.  After fifty years of feminism women are at each other’s throats more than ever.  Female bullying is on the increase with the development of social media, an ideal weapon for bitching and back stabbing.  I’ve lost count of the number of female friends who have betrayed me, lied to me, magically disappeared whenever I have a crisis, resented my boyfriends, tried to sabotage my relationships and begrudged me any kind of happiness or success. Experiments have shown that narcissistic women who are often at the center of social cliques try to surround themselves with women they perceive as less attractive, weaker and less successful.  This makes them feel better about themselves.  They will shine ever more  brightly by comparison to the ugly ducklings.  So any attempt by The Queen Bee’s entourage to break out of this subservient role will be perceived as a threat, met with negativity and even hostility.  Insidious passive aggressive tactics may be used to demean a female friend in these situations.  It’s tragic that many women  feel so insecure about themselves that they cannot tolerate a friend’s success.  We cannot blame men for making us compete among ourselves.  No-one can have everything in life.  We are all blessed with different gifts and talents.  The important thing is to be the best possible version of yourself and stop comparing yourself with other people.  Some of us drive BMWs, some of us take the bus.  Some of us play the violin like an angel while others make the best cookies in the world.  Some of us have children, others have exotic holidays.  But we are all equal, precious and unique.  As the cliche goes, life would be boring if we were all the same.

If you are a woman with real female friends then count yourself lucky.  True friends are like rubies in the mist of deceit.  If you ever find one, make sure you treasure her.  And Meghan Markle, I wish you well.  I hope you will sparkle in the glow of sincere friendship and love.

DIARY OF A RAG DOLL

Here she comes… stilettos
tapping, floorboards creaking.
She’s no dainty, porcine
in skinny jeans reeking of charity.
I shudder, squeeze back into the darkness
under some old Cosmos.
I’m in for it once more, beaten
blue, still sore from our last meet,
left knee splitting at the seams,
dress fraying, fingers unravelling two ply.

We started out so well.  I thought
she was my friend until she began
smothering with home-
made soup, stories of The Perfect
Life. So I told her stories of The War.
She smiled, looked away.
She said, get out more,
visit Barcelona or Tibet, be more party,
get a tan.  You’re so depressing; legs so thin,
skin so pale, eyes so sad. You’ll never win.

Her six inch heel smashed down my head.

I showed her a mirror.

The Purple Hermit
Blog at WordPress.com.